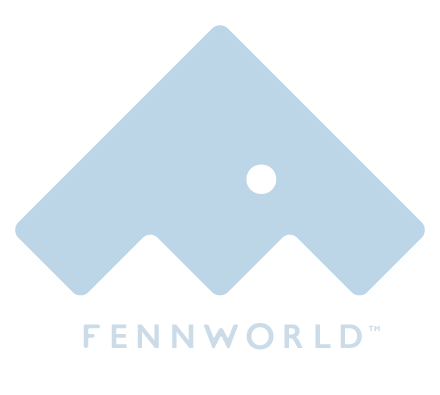 This will be my shortest review yet.

This thing is awesome. CRI is what you’d expect from an $80 light (terrible).

The versatility of the light means you try things you wouldn’t otherwise and it make a great rim. I’m even able to overlook the poor color rendering because all other aspects are just so cool.

In what kind of shooting scenarios do you use hand-held lighting?

Every scenario. Many people limit application to run ’n gun, but the versatility of this

type of light means it gets used everywhere. It might work as a key in doc or run and

gun, but can also make a very convenient rim light, eye light or even fill in a feature-

style setup for small spaces. Because the light is small it’s much easier to try out

different things and really see what the light does in different positions.

3.     In your opinion, what are the advantages and disadvantages of your hand-held

Advantages: Form factor, ease of use, remote control, cost, color options, I like the

battery readout as it’s based on current intensity, 1/4 20 mount is great, clip-on

warming filter on the back is actually useful on the YN360.

in diffusion, I prefer the round shape to the flat YongNuo, on/off button too easily

Color temp, yes, CRI, definitely not. The YN360 in particular has RGB LEDs for a

variety of color effects. It’s also got 5600K and 3200K options with independent

control of each. Would be nice to have a dedicated, 5600K-only, option for higher

I’d take higher CRI above output at this point. Make them stackable (like Bladelights)

so we can easily put a few together rather than trying to make them brighter. You

could even stack 6 together and have a panel. Or use your fancy LED layout that

makes the LEDs in the LS series so dense and make a bi-color version.

1.     If you&#39;re knowledgeable about power consumption, what level of power

consumption do you expect your hand-held light be pulling? What would you prefer?

draw. That’s fine by me. I actually don’t mind the NP-F Sony batteries the cheap

versions of these lights use.

2.     Will it affect your shooting if the light has a built-in electric fan that produces an

extremely low-level of noise? (Just like the sound of LS C120t electric fan)

3.    If you know about them, what do you think of double sector light bulbs?

mount on the bottom of these is so useful. I’ve attached a QR plate and I often just

throw this light on my tripod in a pinch. Instead of incurring the costs of a metal

housing I’d say just buy a few rather than worrying about break-ability. Or you could

Yes actually. I’ve adapted an umbrella to use with it for an extremely minimal setup

shadows. One cool idea with these lights is that you can use them laterally and get

very soft shadows on one axis. This effect is ruined due to the multiple shadows with

the amount of diffusion present on the YN360 however.

1.    Do you think it is useful to have wireless control for the color and brightness of

Yes actually, but I find myself actually preferring a remote over an app. There are too

the light, hope it connects and then adjust. An IR remote is much more gratifying and

press of a button or two–like in the photo world or on Aputure’s other products.

2.    Do you prefer the built-in battery or external battery for these kinds of lights?

Why? How long do you expect the battery to last for?

Addressed above, but I’d definitely advocate external battery or 5 volt charging port if

the battery is internal. 40 to 90 minutes would be my expectation for duration at half

3.    What beam angle of light would you want for if we made a hand-held light?

Can you make a barn door accessory as well? Maybe it slides into the channels that

4.    Any other functions that you think are essential for a hand-held light?

shadows but not cut light output beyond that, make it removable so if you want full

intensity and don’t care about quality of light you can get max output. No light on the

market seems to get those two things right. Random idea: you could have a rotating

temp shift. You could even put LEDs on both sides of the stick (maybe 3200K on one

Oh, and ideally it would also function as a light saber.

$70 to $300. Once people understand how valuable these are, professional tools rather

than toys, they’d easily pay at least $200 for a well-done version I believe.